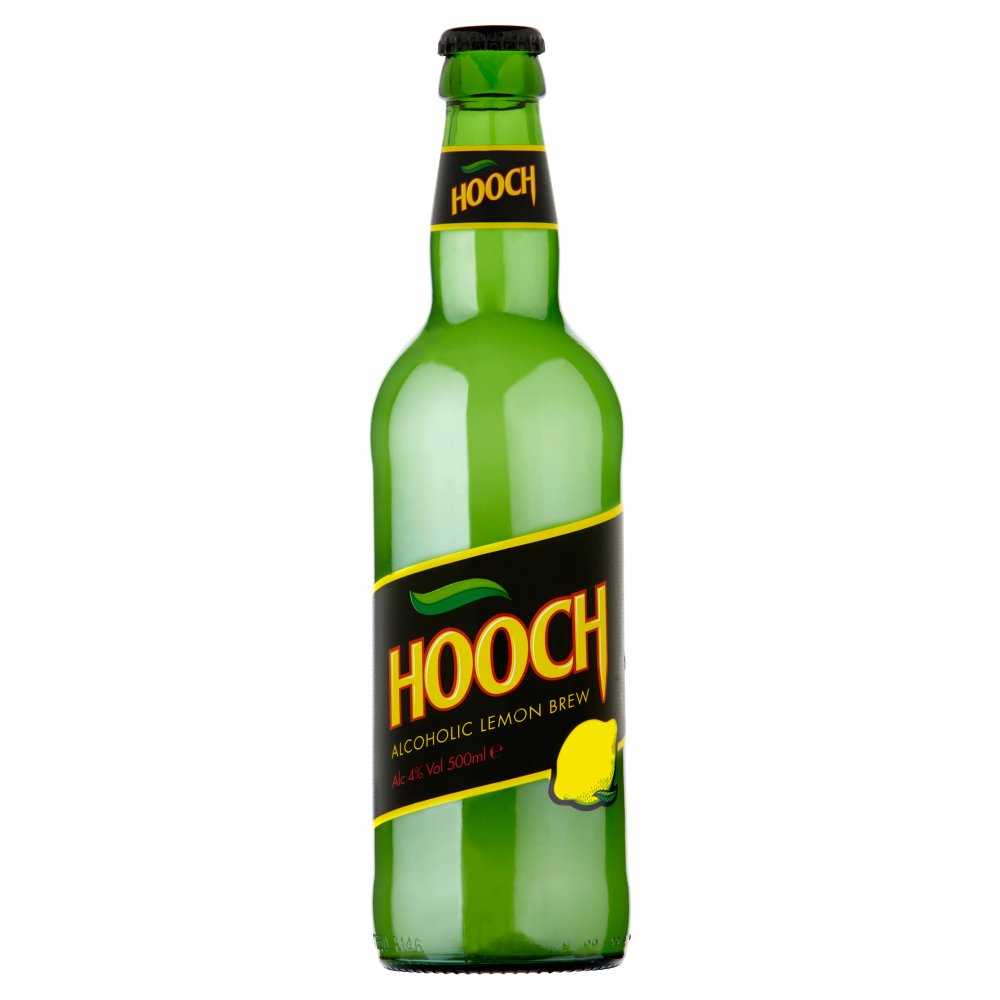 A sparkling alcoholic brew made with real lemons and natural lemon flavours.

Hooch is truly a legend of the drinks world. Originally launched in 1995 we had a brief sabbatical in the noughties but are now firmly back in the nation's hands.

Our outrageously refreshing, alcoholic fruit brew comes in two flavours; the original lemon with its signature citrus hit and our new passion fruit and mango Hoola Hooch which has received rave reviews from all that have tried it.

Hooch is known for its no nonsense take on life, with original comedy and partying at festivals being two of our favourite pass times!

Hooch, the original RTD that deﬁned the Brit Pop generation is back. Delivering the same unique lemon refreshment which made it a nineties sensation, Hooch has been revived for the 21st Century drinker. Re-launched with a new lower ABV of 4%, in a 500ml bottle and suggested serve over ice. Refreshment with bite!

The image and product information have been prepared for illustration and information purposes only and may differ from that shown. Whilst Bestway/Batleys use reasonable endeavors to ensure that the product information presented is accurate and up to date it does not accept any liability for any information which may not be accurate, it is not a substitute for reading the product packaging or label prior to use. You should note that products and their ingredients are subject to change. If you do require precise ingredients or nutritional information you should consult the manufacturer, whose contact details will appear on the packaging or label. Where there is a link to a third party's website for further information on the product, please note that Bestway/Batleys have no control over and no liability for the contents of that website. Bestway/Batleys accept no liability or responsibility whatsoever for any other web sites which may be accessed through the Bestway/Batleys websites. Bestway and Batleys are reliant upon third parties for much of the information provided and reserve the right to change data, references and product specifications at any time. This data is supplied for personal use only. It may not be reproduced in any way whatsoever without Bestway/Batleys' prior consent, nor without due acknowledgement.

Don’t worry though... you can still buy all non-Tobacco Track & Trace stock without your codes.